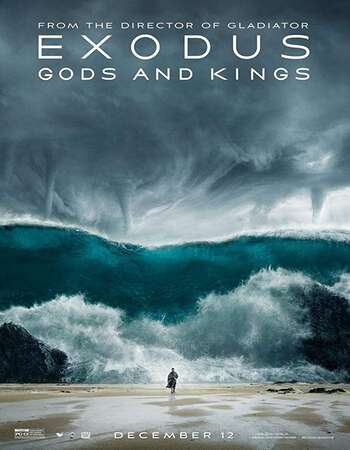 Story: Biblical epic Exodus: Gods and Kings stars Christian Bale as Moses who, as the film opens, fights alongside his brother Ramses (a shaved-headed Joel Edgerton), to help defend Egypt, which is ruled by their father, Seti (John Turturro). During battle, Moses saves Ramses life, causing Ramses to fear that his brother will one day be King because it fits with a prophecy handed down by one of Seti’s trusted spiritualists. Soon after Seti’s death, Moses, who is actually Jewish and not Egyptian, is banished. However, he becomes the leader of the Jewish people and leads a rebellion, with the help of a wrathful God, against that Egyptians..