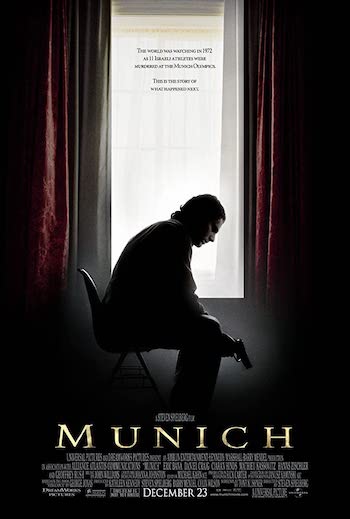 Story: After Black September’s assassination of Israeli athletes at the Munich Olympics in 1972, Prime Minister Golda Meir okays a covert operation to hunt down and kill all involved. A team of five gathers in Switzerland led by Avner, a low-level Mossad techie whose father was a war hero and whose wife is pregnant. It’s an expendable team, but relying on paid informants, they track and kill several in Europe and Lebanon. They must constantly look over their shoulders for the CIA, KGB, PLO, and their own sources. As the body count mounts — with retribution following retribution — so do questions, doubts, and sleepless nights. Loyalties blur. What does it mean to be a Jew?